Who doesn’t like games? Me you everyone right? But what is that thing which attracts you the most about those games? If we take BGMI for instance we can easily presume that its graphics are top-notch but what else? From my point of view, it is a character that attracts the people most. I am right to some extent may be, because 3D characters in gaming make it realistic(3D Character Modeling).

Let’s talk about the numbers of the 3D market. Yes, it does have a market. If we talk about 2019 the market size of the 3rd dimension concept was over $2 billion, it is estimated that it will increase by 20% in 2026, well it will not be sudden but year by year it will increase.

Now you want to create the 3D Characters for your game right? You will need to have some extra specialties such as sketch, design, texture, and some knowledge about animated content or characters. There is so much scope in 3D designing. More the scope more the challenges. In this article, we go through the 3D Gaming characters thoroughly and will also get to know how will you be able to build one. But before you know how to do that, you will need to understand the concept of 3D character modeling.

What is 3D character modeling?

If we define it particularly then we can say that it is a graphic design technique that is helpful in the representation of any surface or object. To get convincing results you will have to start with the basic sketch and then reach the advanced complex stages. There are different mediums in which you can use 3D modeling such as engineering, video games, commercial ads, illustration, architecture, and movies.

How does 3D modeling works?

Well, we can say that it is indeed a very good question. As said before 3D modeling starts with simple stages such as sketch and it gradually moves towards the complicacy. When it comes to making a certain model the main element you will need is a basic which we call a cube or a sphere. There we can start our design.

No doubt that you will have to be so patient while dealing with the making of a 3D model. Let’s take polygons, for example, you can subdivide them into smaller pieces in order to generate more detail of it. And these subdivided or removed things are very important while building a 3D model.

Because you will not know when you will need them. There are tools to accelerate the process of modeling. There are also some software or applications where a user will be able to work on half or a quarter object when the other half is completely ready. This we call the mirroring method. After making the model you can texture or paint the surface of the model. You may also make it more complex by using complex meshes while gaming development.

What are the benefits of 3D modeling?

3D technology has transformed the gaming industry. 3D modeling allows people to build unique, detailed, and realistic content. Compared to 2D technology, 3D technology has immense uses and benefits. And this thing is very important when you are building a game or a cartoon character or even you are making movies.

So let’s find out those benefits.

We all know that 3D modeling provides us the visual attractiveness. Because it looks more solid, vibrant, and colorful than 2D Design.

You can be as detailed as you want when it comes to 3rd dimension designing. And you can really accomplish this by just adopting the 3D Modeling.

There are features in the market in which you can easily enhance your 3D model and update it. Well, thanks to some features 3D modeling is easily accessible for any kind of adjustments and additions you need.

You will be definitely very free handling these 3D characters if you build one. Because you have already created it and it will be very easy to handle because they are so much flexible. Let’s say for example if you want to change the poses of the character then you will not have to redraw the whole design.

This is how flexibility in 3D modeling works.

You will have to look up the cost estimation before you build a 3D model. Let me tell you the factors affecting the cost of the 3D game characters.

Also, it is advisable that if you want a proper 3D Model then you will have to hire game developers until you learn the process of making a 3D model. Because it requires an experienced skillset to make a great 3D model. 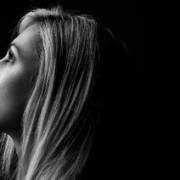 four Free Ways to Find Trending Topics for Blog in 2022